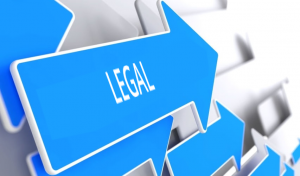 LIC to pay Rs. 1.80 lakh to a widow from Chandigarh, whose husband’s accidental death claim was rejected on the ground that the dies of slipping on the floor after consuming alcohol.

The widow stated that her husband Harish Kumar was insured from LIC from September 5, 2013. On the evening of October 1, 2017 her husband fall on the floor after slipping in bathroom and sustained severe head injury, and dies at PGIMER on October 26, 2017 during the course of treatment.

The medical record of her husband showed cause of death as “Cerebral damage consequent to blunt trauma to head and Chronic Alcoholism and alcoholism was not the cause of death as such the claim for double accident benefit of Rs. 1.5 lakh was to be paid t which was rejected.

Over 15 years after mishap, HC asks insurance co to give compensation to victims:

Over 15 years after they met with s freak accident followed by a bitter legal battle, the Nagpur bench of Bombay High Court has directed United India Insurance Co. Ltd (UIICL) to pay compensation to a family residing in Hanuman Nagar.

While quashing city based  motor vehicle claim Tribunal’s (MACT) verdict, the HC asked the insurance firm to deposit the entire amount with its registry which would be then handed over to the injured victims comprising a couple and their son.

On May17, 2004, Dr. Ajay Hardas, wife Neeta and son Ayur were travelling in a bus owned by North West Karnataka Road Transport Corporation (NWKRTC) from Belgaum to Saundatti. The vehicle collided with another bus resulting in death of four passengers and grievous injuries to the rest, including the Hardas family.

The judgement was reversed by the Karnataka high court in an appeal by holding that the other bus owned by Dharwad based Vijayanand Road Lines (VRL) Limited was being driven rashly which led to the collision and not the NWKRTC bus carrying the claimants. The Karnataka HC fastened the liability of compensation on VRL and ULLCL. The Hardas family had also filed individual appeals in MACT here for compensation for their injuries.

On May 5, 2012, it also ruled on the lines of its Karnataka counterpart by fixing the responsibility to pay compensation on both nus agencies in equal ratio. This verdict was challenged by the Belgaum based NWKRTC divisional controller in HC’s Nagpur bench.

It’s clear from the Karnataka verdict, material documents and evidence adduced by the claimants in all these appeals that the bus owned by VRL and insured by UIICL with driver in a rash and negligent manner and hit to petitioner’s vehicle, Justice Muralidhar Giratkar held.

Car stolen in Valet parking? Will Hotel pay you the Money? SC Decides

Suppose you visit a hotel and your car gets stolen after you had given the keys to the valet parking. Can the hotel deny its responsibility, or not pay penalty, by simply giving you a parking tag that says it will not be responsible for any loss due to theft, damage etc.?

A person had visited Taj Mahal Hotel in his Maruti Zen Car at around 11 pm on the fateful night of August. After reaching the hotel, he handed over the car and its key to the hotel valet parking and went inside with a parking tag that read: “IMPORTANT CONDITION, this vehicle is being parked at the request of the guest

at his own risk and responsibility in or outside the Hotel premises. In the event of any loss, theft or damage, the management is NOT responsible”.

The person came out of the hotel at around 1 am but he was told that his car was driven away by another person. The hotel said that three boys had visited the hotel in their separate car, parked it and went inside the hotel. After some time they came out and asked the valet to bring their car to the porch. During this process, one of the boys picked up the keys of the car of the person from the desk and stole the vehicle. They sped away when the security guard tried to stop him.

After hearing the entire matter, the State Commission directed Taj Mahal Hotel to pay Rs. 2,80,000 (the value of the car) with interest at 12 per cent per annum and Rs. 50,000 as litigation costs to the insurer of the car. The State Commission further directed the hotel to pay Rs. 1,00,000 to the owner of the car for inconvenience and harassment faced by him. It further also said that the insurer of the Hotel shall not indemnify the loss caused to the Hotel as the theft of the car was not notified to it within due time,

The Hotel went to National Commission, which dismissed its appeal. The National Commission noted: “once the guest presents the car keys to the valet and possession of the car is transferred from the guest to the hotel, a relationship of bailment is established.”. It, however, modified the interest 12 per cent annum to 9 percent. Although the Hotel had already paid as per order of the commission, it appealed against the decision in Supreme Court.

It was the first time the issue of fixing the liability of hotel owners for the loss of, or damage to goods of their guest came up before the Supreme Court. The apex court also dismissed the petition of the Taj Mahal Hotel.

SC observed: the hotel owner cannot contract out of liability for its negligence or that of its servants in respect of a vehicle of its guest in any circumstance. Once possession of the vehicle is handed to the hotel staff or valet, there is an implied contractual obligation to return the vehicle in a safe condition upon the direction of the owner.

Applying the rule of prima facie negligence, the top court concluded… the Appellant (Hotel) has not explained why its failure to return the vehicle to Respondent No. 2 (owner of stolen car) was not on account of fault or negligence on its part. Thus, liability should be affixed on the Appellant hotel due to want of the requisite care towards the car bailed to it.